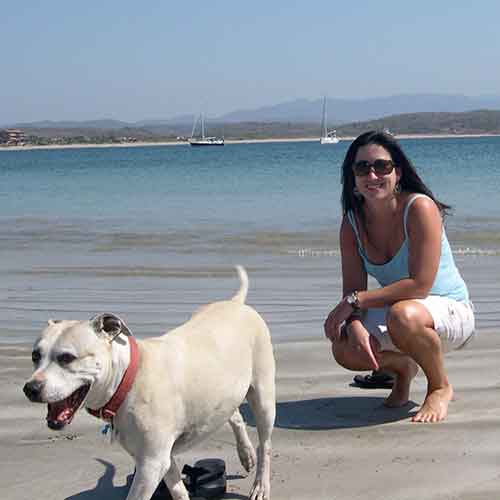 The Riviera Nayarit is a more than 300-kilometer stretch of the Pacific Ocean coastline in the state of Nayarit, Mexico that stretches between San Blas, at the north end and as far south as the Banderas Bay in Nuevo Vallarta, which is just a few minutes’ drive north of Puerto Vallarta. It is home to some of the regions most charming and affluent towns like San Pancho (San Francisco), Sayulita, Punta de Mita, La Cruz de Huanacaxtle and Bucerias.

Growth in the Riviera Nayarit Region:

The Riviera has experienced exponential growth over the last 10 years with no end in site. According to Mexico Daily News, “Tourism generated nearly US $200 million last year for the region.” Hotel occupancy rates remained above 80%, while high-end properties saw levels of more than 90% on average, according to the travel website Travel Pulse.

Growth is reaching the entire coastline of the Riviera Nayarit with new luxury hotels and resorts in progress now through 2021. Companies including One&Only, Auberge, Rosewood, and Fairmont are all building in what they consider the next great beach resort just 15 minutes north of San Pancho (San Francisco). Six Senses, a leader in five-star, spa-centric hotels, is rumored, by Bloomberg, to be inking a new building deal soon. A Cirque du Soleil Theme Park, located at Vidanta, in Nuevo Vallarta, is planned to be completed by 2020 with an evening show accommodating as many as 5,000 spectators, and may include a water park and nature park elements.

San Pancho, The True Gem of the Riviera Nayarit:

San Francisco (affectionately known to locals as San Pancho) is located on a pristine beach of Riviera Nayarit, Mexico, 3 miles north of Sayulita, and just 25 miles north of the Puerto Vallarta International Airport.

The main San Pancho beach extends for a half mile on each side of the town. In order to explain the area, the locals usually refer to the north end of the San Pancho beach as the “Costa Azul” side and the south end of the beach as the “pueblo” side. The Costa Azul beachside of San Pancho is the residential area where the majority of the beachfront and ocean view homes are located along with the brand-new, world class Tierra Tropical Polo Beach Club.  The Costa Azul area is an approximate 15 minute walk, along the beach or by cobblestone road, to the San Pancho pueblo. The pueblo side encompasses the majority of San Pancho’s local attractions, including an incredible community center dedicated to sustainable growth, restaurants, unique gift shops, children’s parks, a 9 hole golf course, pickleball activities and a wide variety of mini grocery stores and markets.

San Pancho’s most impressive resident and activity is the La Patrona Polo & Esquestrian Club, which stretches out over more than 220 hectares, encompassing professional fields with a restaurant and a separate beach club. Only 16 countries play polo professionally, with Mexico being one of them and San Pancho, hosting two full size professional fields. According to Mexico’s Daily News, “La Patrona’s proximity to Punta Mita has likely helped, since visitors to the exclusive gated resort are among the elite associated with polo, which continues to be considered a sport of the rich. However, La Patrona is open to all guests who want to learn or just enjoy watching a match or two at the Sunday polo brunches held every week in the high season.”

Forecasts for the Riviera Nayarit:

According to luxury travel reports, the Riviera Nayarit shows strong forecasts of continued growth in the region. According to Bloomberg, “Richard Zarkin, public-relations manager for the region’s tourism board, forecasts that Riviera Nayarit will gain 5,000 hotel rooms in the next five years, mostly in the form of small and high-end beach properties. ‘We used to be seen as nothing more than a satellite to Puerto Vallarta.’ says Zarkin, whose team once struggled to promote the region’s cluster of charming surf towns and fishing villages…Tourism has become the region’s largest generator of income, with $200 million in revenue in 2017 and an average hotel occupancy rate of 90 percent year-round.”

“There’s something of a formula when you’re creating a luxury high-end resort,” says Mike Minchin, chief marketing officer of Auberge Resorts Collection, who fixed his sights on a Riviera Nayarit location in 2013.

The three things he looks for? A destination with immense natural beauty, a culture of warm hospitality, and ease of access.

Riviera Nayarit has all three. Its flat, pearlescent beaches are flanked by staggering, rose-hued bluffs and a densely tangled jungle. The picturesque coastline is punctuated by soulful fishing villages and artistic communities that demonstrate a fierce pride for the regional culture—places that brim with Mexico’s genuine knack for hospitality. Direct flights, which were once limited, connect nearby Puerto Vallarta to 38 cities in the U.S. and Canada with daily service from both the East and West Coast, providing ease of access. All of these reasons make Riviera Nayarit a truly unique destination, prime for development. 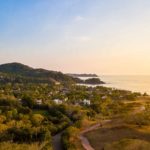 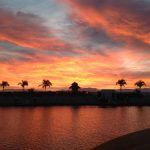 Previous article
Circo de Los Niños – A remarkable part of what makes San Pancho so special!
Next article
Our San Pancho Community's Response to COVID-19
Tags:
DISCLAIMER: SanPanchoRentals.com has obtained the above information from sources we believe to be reliable, but no representations of any kind–expressed or implied–are being made as to the accuracy of such information. All references to amenities, rates and property descriptions are approximate only, and are constantly updated to reflect new or changed information. Individuals should conduct an independent investigation of all pertinent property information. Each property is individually owned or managed; San Pancho Rentals bears no liability. ©2020 sanpanchorentals.com - All Rights Reserved